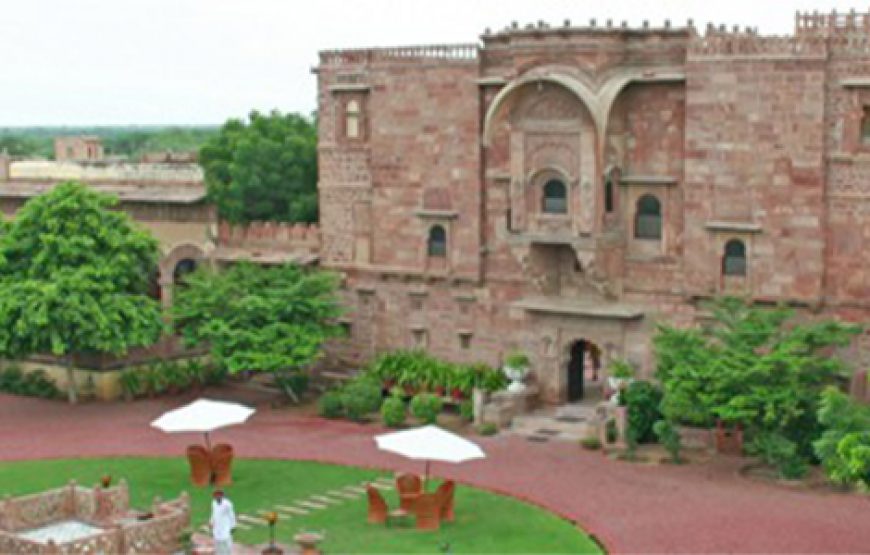 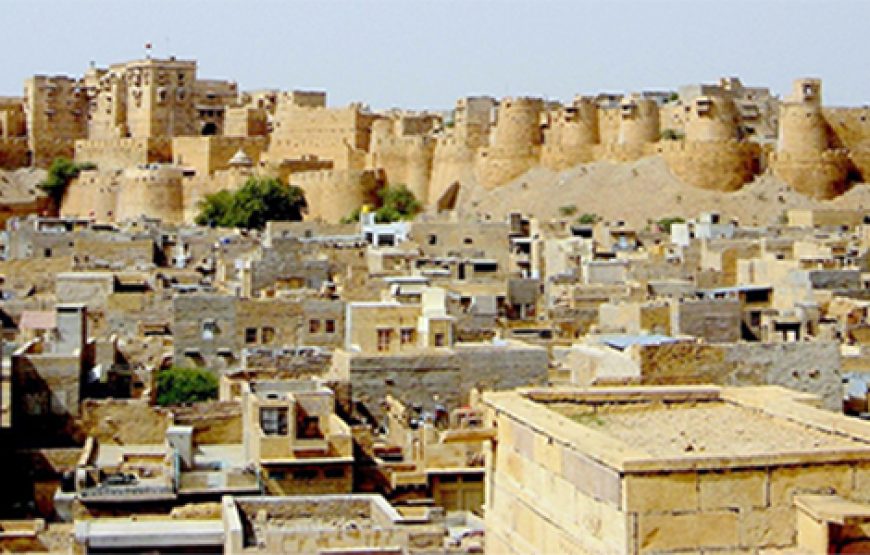 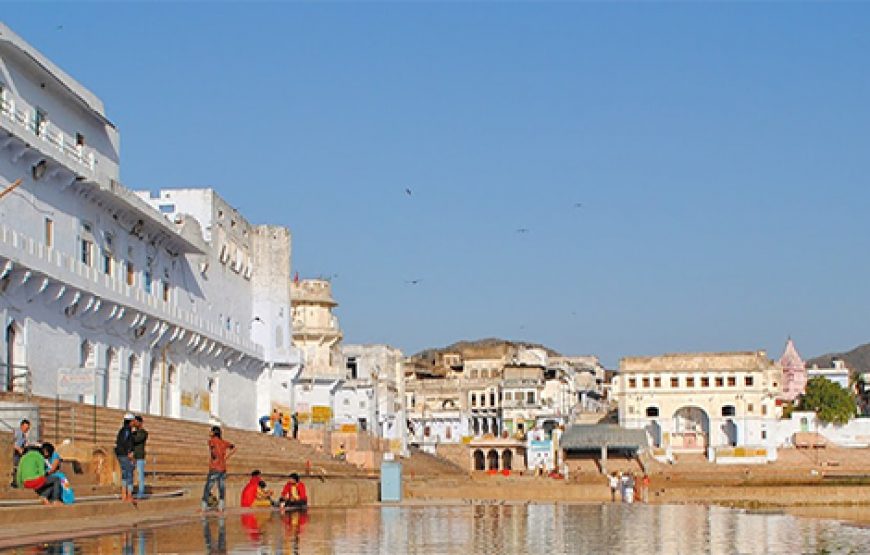 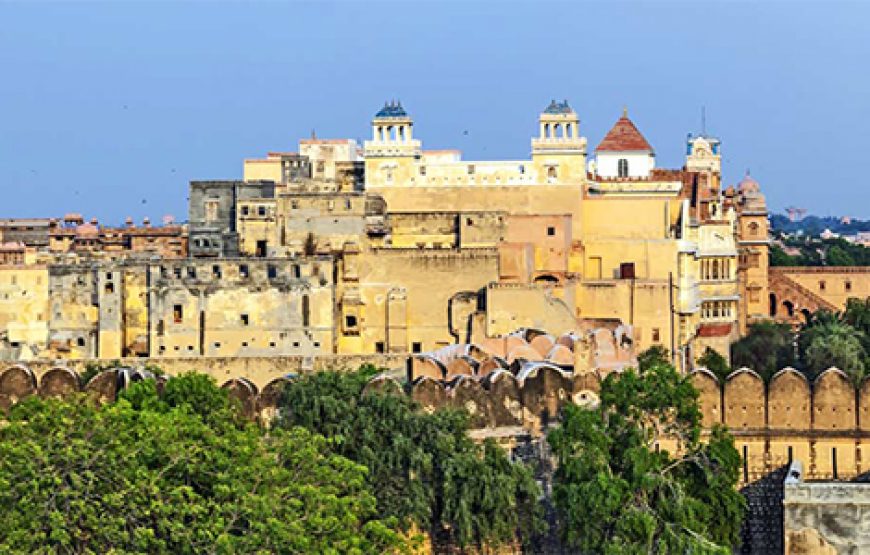 Flight to Delhi. On arrival in India you will be greeted and escorted by Our Executive to your hotel.

After breakfast drive pass Red Fort* - the 17th century imposing fortress, the Jama Masjid (Friday Mosque), India's largest mosque where more than 20,000 people can kneel in prayer and Raj Ghat - Mahatma Gandhi's Memorial. In the afternoon visit New Delhi. You will drive past President's Palace and India Gate (42m high), built to commemorate the 70,000 Indian soldiers who died in the 1st world war. Later visit Humayun's Tomb, and the Qutub Minar, the highest sands stone minaret in the world (73 meters).

* Red Fort is closed on Mondays

After breakfast, drive to Shekhavati. Huge palatial traditional houses called Havelis belonging to the mercantile communities of Rajasthan are the main attraction in these places, along with their fresco-painted walls, finely carved doors, on arrival transfer to the Hotel.

After breakfast visit the famous havelis of the Mandawa.Later drive to Bikaner. Enroute also visit havelies in Fatehpur.

On arrival in Bikaner, transfer to the hotel. Overnight in the hotel.

After breakfast visit the Junagarh Fort, which is unusual, because other major forts of Rajasthan were built on hilltops, but this fort is built on the desert plain, surrounded by a moat.

Later drive from Bikaner to Jaisalmer.

A full day's drive westwards to Jaisalmer, in the midst of the Thar desert. The drive passes by dry vegetation, with villages of colorfully dressed people. Plenty of camels and camel carts, sheep and goats pass you by.

After breakfast visit the Jaisal Castle. Within the Castle visit the Jain Temples and the Palace. Later walk back into the city to visit the Havelis (mansions of the rich merchants). These Havelies have beautifully carved facades, jali screens and windows overhanging the streets below. Visit Salim Singh Haveli (17 century), which is especially attractive with peacock brackets. Nathumal Haveli (1885) was built for the Prime Minister. Patwon Haveli (1805) is a group of five, built for five brothers. They have fine murals and carved pillars.

In the afternoon enjoy Camel ride near the dunes and at the backdrop of scintillating sun set Overnight in the hotel.

After breakfast drive to Luni. En-route visit Jodhpur. It is the second largest city of Rajasthan, built by Rao Jodha in 1459 when he shifted his capital from Mandore.

You will visit Mehrangarh Fort situated on a 37m-sandstone hill built by Rao Jodha in 1459. Also visit Jaswant Thada, an imposing marble cenotaph built in 1899 for Maharajah Jaswant Singh II.

Overnight in the Fort.

After breakfast drive to Udaipur. En-route visit Ranakpur, the wonderful 3 temples of the Jain sect dating back to the 14th/15th century. The unforgettable main Temple dedicated to Adinatha the first Tirthankar (1439) built in marble took 65 years to complete.

On arrival in Udaipur, check in at the hotel. Overnight in the Hotel.

After breakfast visit the City Palace built on the bank of the Pichola Lake, by Maharana Udai Singh in 1570. The Jagdish Temple - (1651) a fine example of the Nagara style of temple arhitecture. Sahelion-ki Bari an ornamental pleasure garden specially made for the ladies of the palace in the 18th century. It has beautiful fountains, trees and flowers. Afternoon enjoy public boat ride on the Pichola Lake.

After Breakfast drive to Pushkar, it is set in a valley just about 14 km off Ajmer. Surrounded by hills on three sides and sand dunes on the other, Pushkar forms a fascinating location and a befitting backdrop for the annual religious and cattle fair (in Nov), which is globally famous.

On arrival transfer to the hotel.

Overnight in the hotel.

After breakfast visit the famous temple of Brahma, which is the only temple in India which is dedicated to lord Brahma. Also visit the famous and sacred lake. After the visit drive to Jaipur. On arrival transfer to the hotel.

Overnight in the hotel.

After breakfast, half-day excursion trip takes you to Amber Fort with Elephant/Jeep ride. En route, make a photo stop at the Palace of Winds (Hawa Mahal). In the afternoon visit the "Pink City" of Jaipur. You will visit City Palace, and Royal Observatory (Jantar Manter-1728-34).

Overnight in the Hotel

In After breakfast drive to Agra. On the way visit Fatehpur Sikri. It is a beautiful and deserted medieval city built by Akbar the Great in the 16th century to serve as the capital of his vast empire. The Mughals later abandoned this city for lack of water. Later continue to Agra. On arrival transfer to the hotel.

Later visit Agra Fort (Fort and Palace) situated on the west bank of the river Jamuna.

After the sightseeing transfer back to Delhi. On arrival in Delhi, straight transfer to the International airport to connect flight back home.

* Taj Mahal is closed on Friday 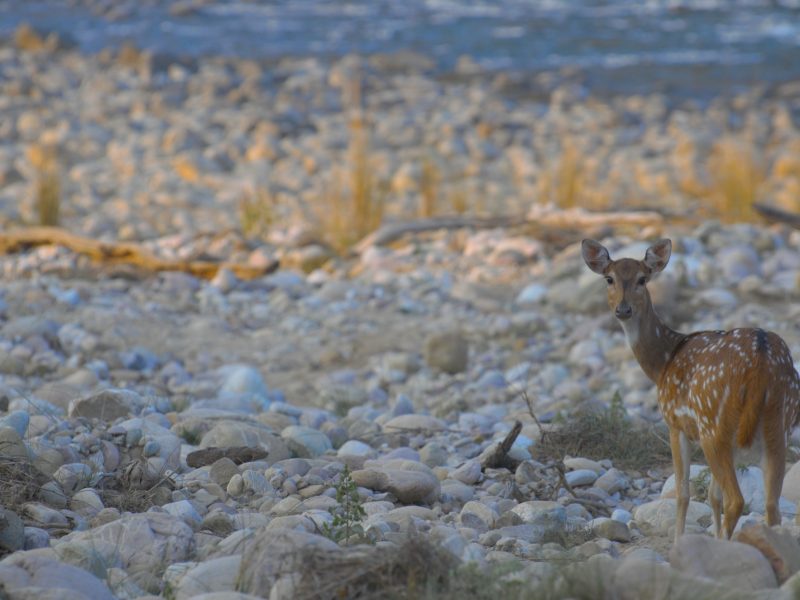 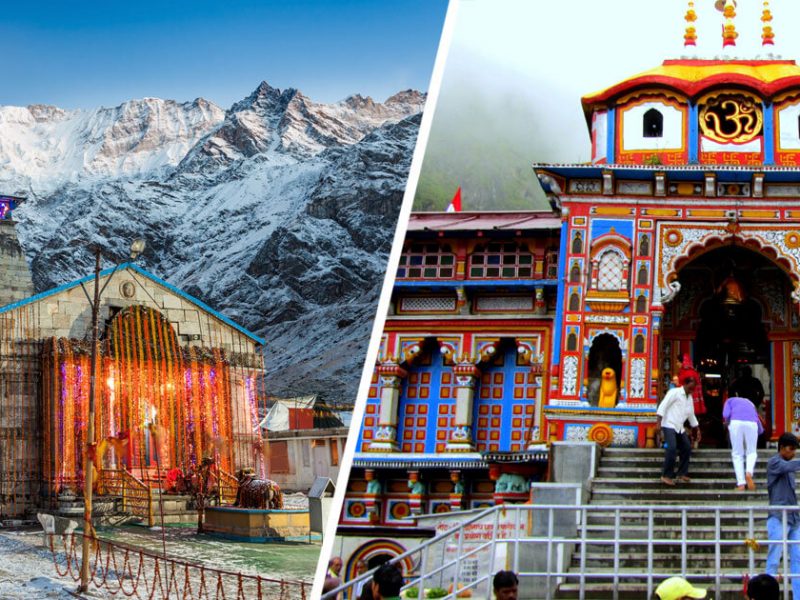 Divine Do Dham from Haridwar 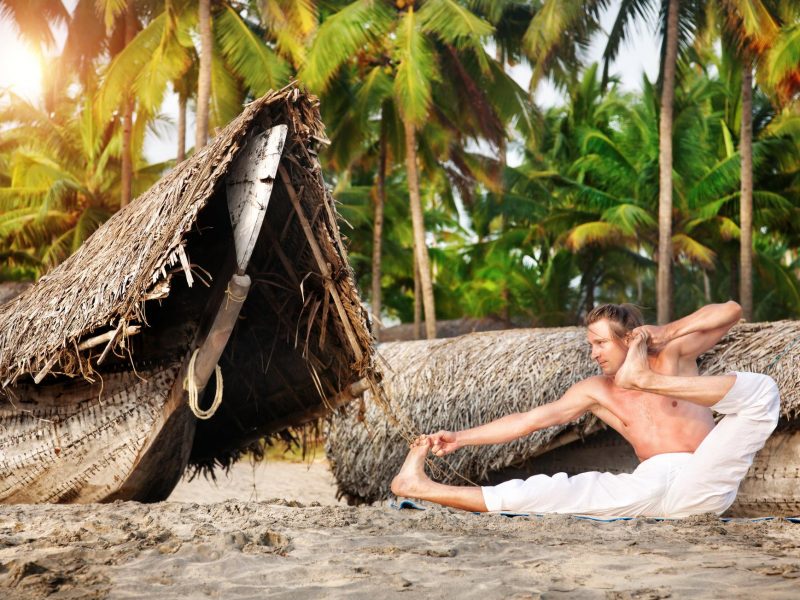