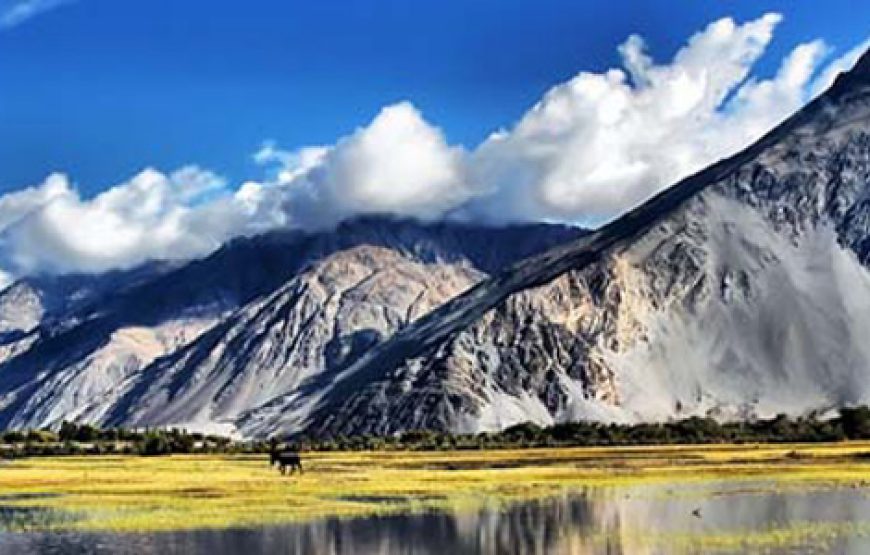 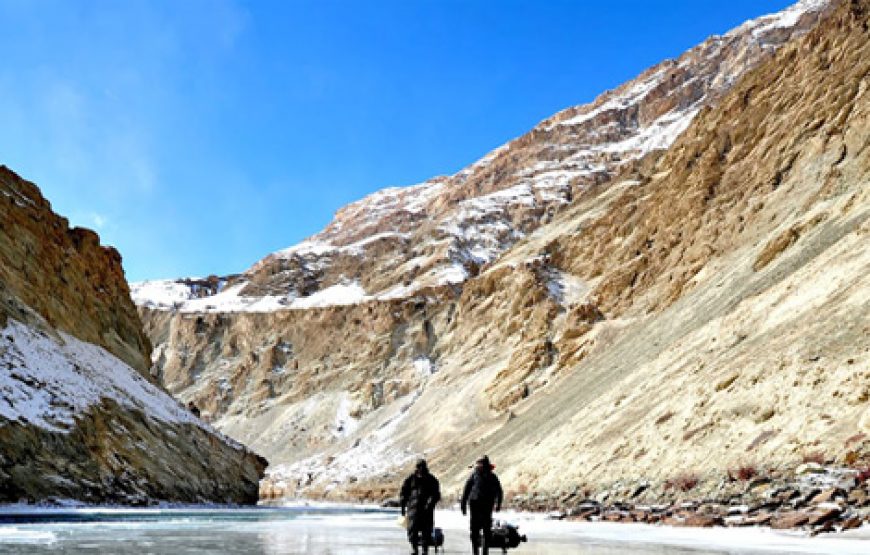 Arrival Leh, Our representative will meet, greet, assist and transfer you to Hotel in Leh. Rest of the day free to acclimatize to the high altitude of Ladakh. In Evening sightseeing of Shankar, Shanti Stupa, Leh Palace and walk to the local bazaar in Leh. Overnight at Hotel in Leh.
SANKAR GOMPA & VILLAGE : A relatively modern monastery, it is closely associated with the Spituk monastery and served as the residence of the late head priest-Kushak Bakula. A number of gold icons are to be found here.
SHANTI STUPA (Japanese Peace Pagoda) : Shanti Stupa/Japanese peace pagoda is build by a Japanese religious organization headed by Head monk Nakamura with the help from the organization and local people. It is situated at a hill top in Cahngspa village providing a bird eye view of the Leh town and the surrounding mountain peaks. Architecturally it has the Japanese touch with small clean rooms on the side for meditators and the main Japanese shrine at the entrance.
LEH PALACE : The Namgyal Tsemo (victory Peak) was build by King Tashi Namgyal after the reunification of upper and lower Ladakh and victory over Hor and their bodies are placed under an image of Mahakala, the guardian deities to stop further invasion of Hor. The Leh palace known as 'Lechen Palkhar' was built by Singay Namgyal around in the beginning of 17th Century A.D. The nine-storied palace is now deserted, and the ASI (Archeological Survey Of India) has taken up the renovation work.

Morning after breakfast drive to Alchi. Enroute visit Magnetic Hill, Gurudwara Patthar Sahib, Confluence of Zanskar and Indus river. Visit Alchi Monastery and drive back to Leh. Just before reaching Leh visit Ladakh Hall of fame. Arrive hotel in Leh for dinner and overnight.
MAGNETIC HILL : Defying the Law of gravity. This place is close to the Gurdwara Shri Patthar Sahib. It has been noticed that when a vehicle is parked on neutral gear on this metallic road the vehicle slides up-hill that's the Believe it or not of Ladakh!
GURDWARA SHRI PATTHAR SAHIB: The Shrine known as Gurdwara Patthar sahib is situated about 25 kms. Short of Leh town on the Leh-Srinagar road. Built in the everlasting memory of Shri Guru Nanak Deve Ji the great prophet who sanctified the place by his sacred visit during the year 1517 while on his second missionary tour (2nd Udassi 1515-1518). The Guru reached here via Nepal, Sikkim, Tibet Yarkand and Leh after having spiritual discourses with the sidhas at Mount Sumer (Central Himalayas). On the hill features across the road, there used to live a wicked demon that terrorized the people of the area. Their miseries multiplied day by day. As their miseries became unbearable they prayed for divine help. It is said that the Great Guru heard their woes and came to their rescue. The Guru settled down on the bank of the river flowing nearby. The people sought for help and the Guru blessed the people and became very popular in the area. The locals called him as Nanak Lama. The Demon got enraged and started making plans to kill Guru Nanak. One morning, when the Guru was sitting in meditation, he rolled down a big boulder from the hilltop with the aim of killing the Guru. But on the very touch of Guru's body, the solid rock melted like wax and Guru's back got embedded on it like a cushion. The Guru kept on sitting in meditation undisturbed. Thinking that the Guru must have been killed, the demon came down but was taken aback on seeing the Guru in meditation, undisturbed. With a rage of anger he tried to push the rock with his right foot but the rock had already became like wax his foot also got embedded into it. On this , he realized his folly and powerlessness as compared to the spiritual power of the Great Guru. He fell on the feet of Guru and humbly prayed to be pardoned. The Guru advised him to get rid of his wickedness and lead the life of a nobel person, in the service of humanity. This changed the life style of demon and he started serving the people. The Guru there after continued his Holy journey towards Srinagar and Kashmir via Kargil. The boulder having imprint of the Guru's back is lying in the Gurdwara to this day.
CONFLUENCE OF THE ZANSKAR & INDUS : On way to Sham Valley before Nimu village one can have this magnificent view of two rivers in wed-lock! In seasons they have different colors and flow and wildness.
ALCHI GOMPA: 70 Kms from Leh, on the banks of the Indus, is the Alchi Gompa dating a thousand years back. One of its walls features thousands of miniature sized pictures of the Buddha. Three large sized images made of clay and painted brightly are its focal attractions. No longer an active religious center, it is looked after by monks from the Liker monastery. This is the only monastery amongst 34 monasteries, which is not located on a hilltop.
LADAKH HALL OF FAME : The Hall of Fame is a glorious museum constructed by the Indian Army. It is worth a visit for every citizen. You can see the memorabilia, eminent defense personalities with biographies, images and weapons used during the Kargil and other key strategic battles fought in Ladakh. And belongings of the enemy soldiers found at war site. All the martyr and the gallantry awardsâ€¦

Early morning proceed to Nubra Valley via the World Highest Motorable road (5602 Mts) Khardungla pass. Arrive Nubra and proceed for a visit to the White Sand Dunes at Hunder. You can enjoy the camel ride (On Own). Later if time permits visit Hunder and Diskit monasteries and check in at Deluxe Camp. Evening at leisure. Overnight at the camp.
KHARDUNGLA PASS : The road journey to Nubra valley leads through Khardung La pass (The highest Motorable road in the world) 18,390 ft. around 39 Kms. Away from Leh. There are two checkpoints on the both sides of the pass. Khardong is the first village of Nubra valley at higher altitude than Deskit and other villages.
DESKIT VILLAGE : Deskit is the main village of headquarter of Nubra valley, which has a small market consisting of a row of shops and about 500 years old Gompa on the hilltop. Spectacular view of the valley can be seen form the monastery.
DESKIT GOMPA : Deskit Gompa was founded by Lama Sherab Zangpo of Stod in about 1420 AD during the reign of King Dragspa. About 100 monks are residing in the Gompa, which is a branch of Thikse Monastery. The monastic festival called Gustor takes place on 20th and 21st days of the 12th month of Tibetan calendar.
HUNDAR VILLAGE : Hundar is a beautiful village to stay with lot of trees and you will really enjoy your stay at Hundar. It has a small monastery and ruined fort above the village. The walk or Camel Safari (Double Hump bacterian camels) from Hundar to Deskit, through sand dunes for two hours is wonderful (on own). 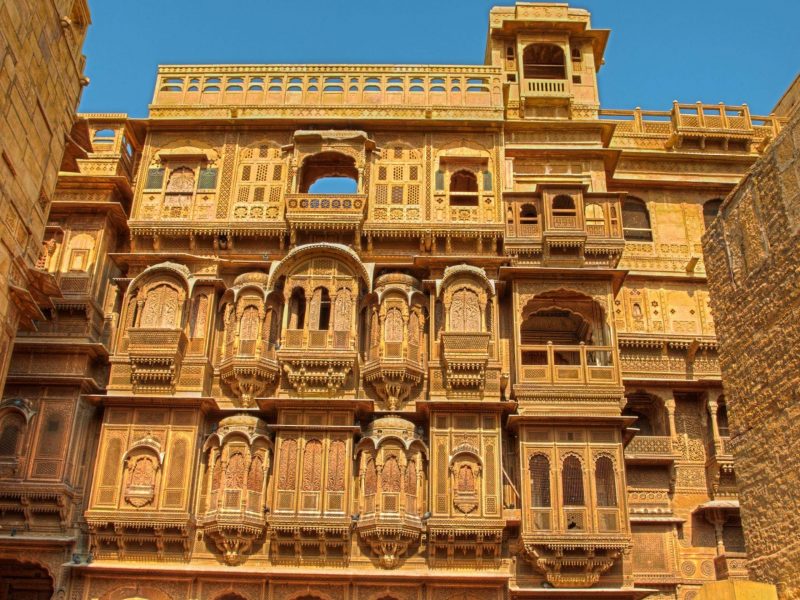 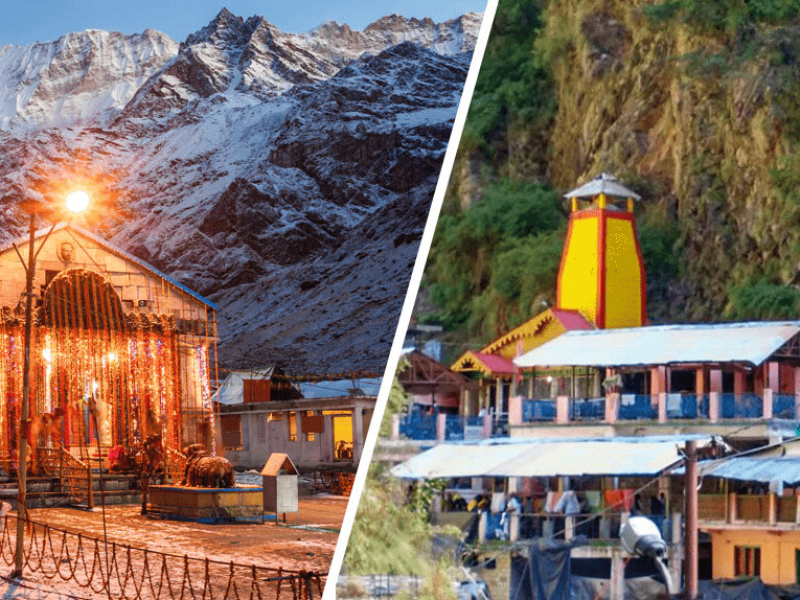 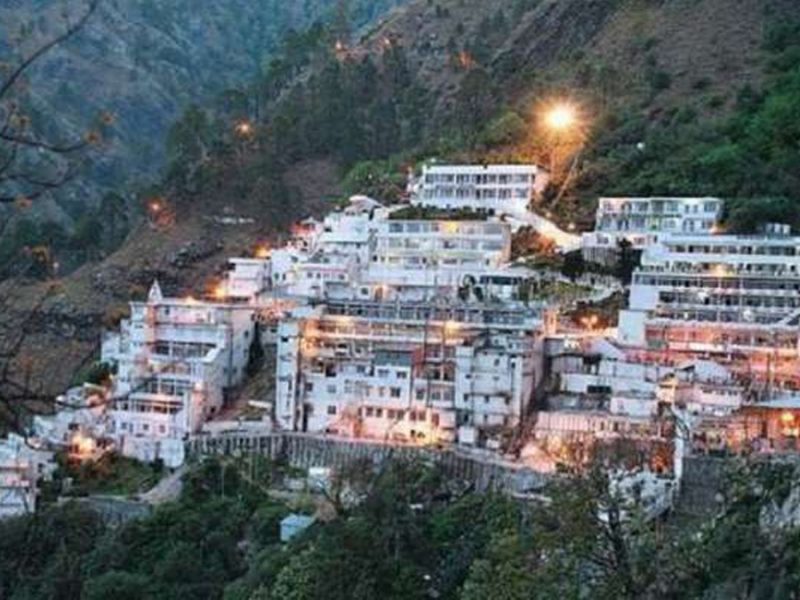 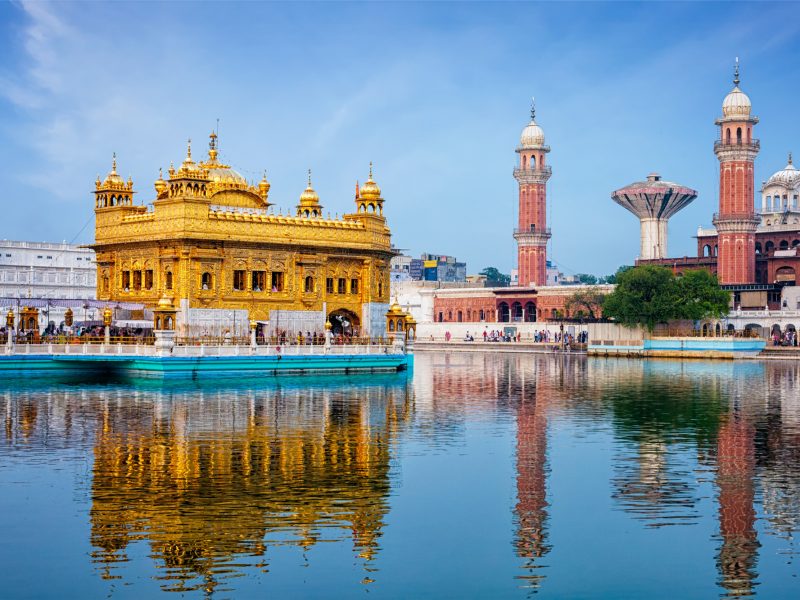