Flight from Home to Delhi.

Arrival in Delhi. Reception at the airport, transfer to hotel and check inn. After sightseeing in New Delhi with its wide boulevards and modern buildings you will see the government quarter and the India Gate. Continue to 73 m high Victory Column Qutab Minar south of Delhi and The Lotus Temple. In Old Delhi visit the "Red Fort" and the Friday Mosque, from here you have a wonderful view of the bustling bazaar, Chandni Chowk.

After breakfast drive to Mandawa in the Shekhawati region, famous for its painted mansions (havelis). The merchants of the region went through opium, spices and cotton to wealth that they presented with magnificent fortified trading houses on display. Visit the sites with their havelis. Overnight in Mandawa.

Drive to Bikaner. Early in the afternoon you reach the town, founded in 1488 on the edge of the Thar Desert. The massive Junagarh Fort in the 16th Century, with its bastions and ramparts, palaces and pavilions were never conquered. Fine wall and ceiling paintings, marble inlay and lattice decorate his palaces. Eight kilometers from the city, visit the camel farm state, riding camels bred for border troops. Trip to the Karni Devi Temple in Deshnoke. Thousands of rats here are spoiled by the faithful with candy and cereal. Overnight in Bikaner.

Through the Thar Desert today is to Jaisalmer in the north-west of Rajasthan near the border with Pakistan. The Prince Rawa Jaisal Singh Bhatti, founded in 1156 in the middle of the Thar desert, the oasis of Jaisal - what does the name translates Jaisalmer. Built on a mountain and also held with high walls protected the city was all attacks and acts today as a place of bygone centuries. Jaisalmer led to great prosperity, especially the favorable situation on the ancient camel routes to Pakistan and Afghanistan . The merchants deserve here in the desert so much money that they could build beautiful havelis with painted balconies and ornate facades. The golden-yellow sandstone from the region provided an excellent material for the stonemasons. By separating Pakistan from India, the city lost its importance and many residents had to seek new sources of income. Afternoon camel ride on the way to the desert. Overnight in Jaisalmer.

City Tour: In Jaisalmer there are many beautiful havelis that are waiting to be discovered. The most impressive is the Patwonki-Haveli, built by the wealthy brocade dealer for Patwa and his five sons also consists of a group of five houses. It is tucked away in a narrow alley. One has to dive in these uninhabited houses, which may be viewed from the inside, the feeling in the stories from fairy tales. Drive to Manwar. The region is located between Jodhpur and Manwar Jaisalmer and provides insight into the authentic life of the rural population is in Rajasthan.Das extraordinary desert camp with 20 comfortable tents set up in a semicircle. Here you can experience the wilderness up close in impressive style, off the tourist track. The tents are equipped with Western comfort. Each has electricity, hot and cold running water, shower & WC.ausgestattet. Today's night is spent in a luxury tent camp in the desert.

After breakfast drive to Jodhpur, due the blue-washed houses it got its name of Blue City. Jodhpur is the second largest city of Rajasthan. In the 16th Century it became a major trading center on the caravan route between the ports of Gujarat and China. From this period dates the ten-kilometer-long city wall with seven gates powerful, above which rises the mighty "Meherangarh Fort." Overnight in Jodhpur.

After breakfast tour of Jodhpur. The fortress was strong since its creation in 1459 attacked, several times, but never taken. The fort now houses an excellent museum with impressive products from the Rajput period: litters of pure silver, ivory elephant saddles, royal cradles, an octagonal throne, a miniatures and a collection of weapons. The afternoon is devoted to the village life in Rajasthan. You drive through the picturesque villages and have a chance at one or other craft work to watch. Overnight at Luni.

Drive to Ranakpur. The Ranakpur Jain temples are tucked away in a valley of the Aravalli Mountains and are among the finest of its kind in Rajasthan. The main temple of white marble consists of 29 halls, supported by 1444 with figures and ornaments ornate pillars. Continue to Udaipur, idyllically situated among lakes and hills and also called city of sunrise. The city was in 1567 by Maharana Udai Singh on the four kilometers long and two miles wide, Lake Pichola artificially created.In the Middle of the lake there are two small islands Palace Jag Mandir and Jag Niwas. Jag Mandir on a particularly fine example of Mughal architecture is Rajput, which is said to have influenced even the construction of the Taj Mahal. The Summer Palace on Jag Niwas Island, which was created in 1740, was rebuilt in 1963 for the most beautiful hotel in India: the Lake Palace Hotel, which is now operated by the Taj group of hotels. The magnificent white palace has often been as a film set (James Bond: Octopussy) used and has contributed significantly to the Maharaja's myth. Two nights in Udaipur.

Morning city tour: visit to the right on the shore of the lake city palace. This magnificent building now houses the Shiv Nivas hotel and a museum, while another part of the palace is still inhabited by the family of the Maharana of Udaipur. From the high battlements of the palace, you have a wonderful view over the lake and the Lake Palace. The exhibition shows not only the famous miniature paintings, objects from daily life of the Maharanas once. Then visit the Jagdish Temple, dedicated to Vishnu, and the Sahelion-ki-Bari, the beautiful garden of the maids of honor. Then leisurely boat ride on Lake Pichola (depending on water levels). Overnight in Udaipur.

Drive to Pushkar pilgrimage, one of the holiest sites of the Hindus who are dedicated to the god Brahma. Pilgrims come from far away to one of three royal bathing places to take a ritual bath at the Ghats. The Brahma temple is the most important and one of only three temples across India that are dedicated to this deity. Afternoon tour of the site and participate in the Pushkar Mela (religious festival). On the full moon reaches this biggest festival, cattle fair of Rajasthan and its height. Thousands of performers, ascetics, farmers, nomads, cattle dealers, musicians and diviners to give your animals a rendezvous in the desert. Overnight in simple tents.

After breakfast visit the Pushkar festival (Pushkar Fair). Visit the cattle market, the attractions are skill tournaments, dance and music performances, political speeches in the stadium and of course the largest camel market. Continue drive to Jaipur - the "Pink City". Pink is the color of the Rajput culture of hospitality and so were the formerly gray houses painted in 1883 visit by Prince Albert in the traditional greeting color. Overnight in Jaipur.

Visit the famous fort of Amber. Before the founding of Jaipur was lying on a steep hill fort capital of the Rajput kingdom. Within the fort, the temple building, which is dedicated to the goddess Kali is situated, and the famous Hall of Mirrors, with its wonderful mosaics. Nestled between the high walls is a small garden, and again one of the galleries has a wide view over the valley. City Tour of Jaipur, now the capital of Rajasthan: Palace of Winds Hawa Mahal- As a matter of fact, Hawa Mahal is believed to build for the women of the Royal Families, since they had to observe strict "purdah" (cover). The small windows and screened balconies serve the women to watch processions and different activities taking place on the streets. In this manner, the women could enjoy a sense of freedom without showing themselves. City Palace: it forms one of the most famous tourist attractions and a major landmark in Jaipur. The beautiful palace was built by Maharaja Sawai Jai Singh during his reign. Among the various forts and palaces of Jaipur, City Palace stands apart, with its outstanding art and architecture. City Palace complex covers a huge area, which is divided into a series of gardens, courtyards and buildings. Initially, Raja Jai Singh built the outer wall occupying a huge area. The additional grand buildings were constructed later by the succeeding rulers.. Overnight in Jaipur.

On the way to Agra, the highlight of Mughal culture, stop at Fatehpur Sikri. Built in 1571 by Emperor Akbar, the city had to be abandoned shortly afterwards due to lack of water. There are now leaving the well-preserved palaces and mosques. Continue drive to Agra. Overnight in Agra.

After breakfast you visit the incomparable Taj Mahal, the Mughal emperor Shah Jahan built for his favorite wife. The 22-year construction period after 1652, completed mausoleum of white marble is one of the seven wonders of the world. Shah Jahan was prevented by his son Aurangzeb, to build for themselves an equal rank tomb of black marble. Outraged by the waste of Aurangzeb overthrew his father. Drive to Agra Fort were once 500 buildings within the massive double walls! Especially worth seeing: the portico, the Pearl Mosque and the harem and the Jasmine Tower, Shah Jahan was imprisoned in the years of his son. Drive back to Delhi. Night Transfer to Delhi airport. Return flight to Home. 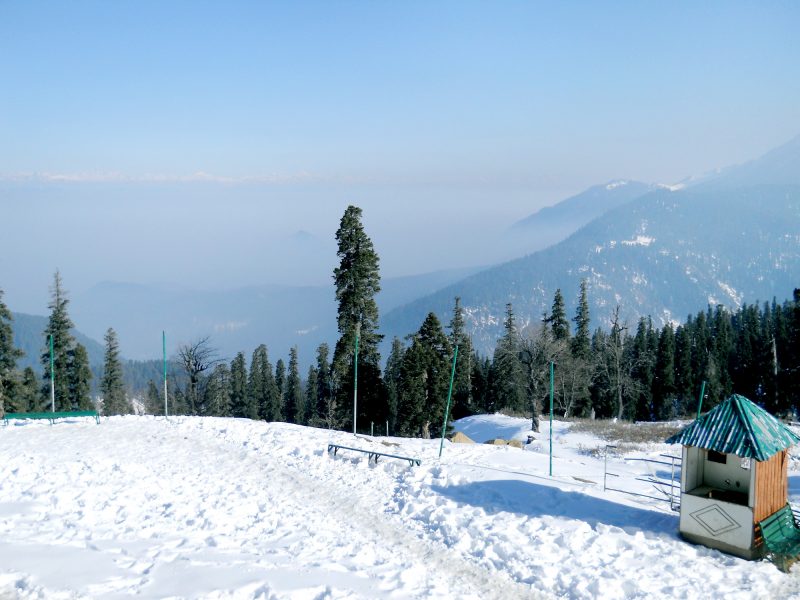 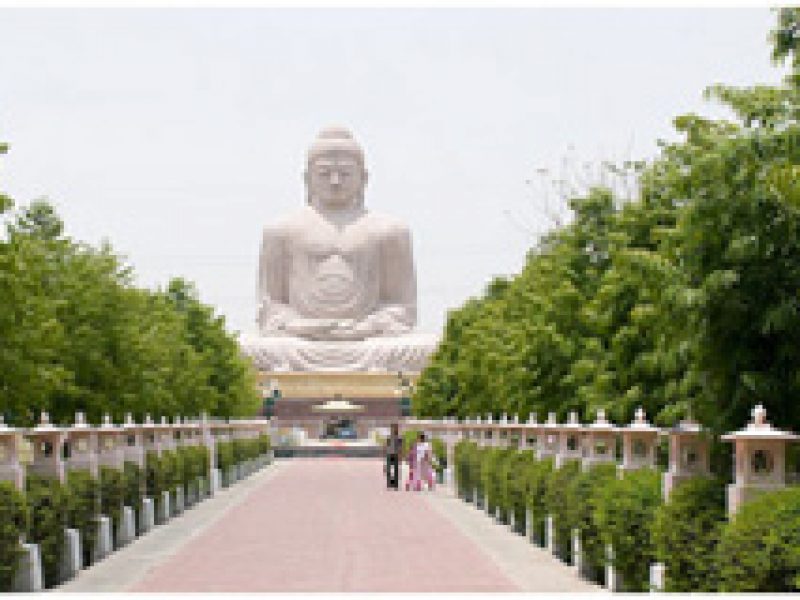