You will be met on arrival our representative and transferred to the hotel. The history of Delhi, the capital of India, goes back to 3000 years. Various rulers built eight successive cities in and around present day Delhi. Few capitals in the world have as many monuments of which Delhi is justly proud. Capital to seven different cultures over the course of its history, Delhi is a fascinating fusion of them all. The art and architecture reflects its ancient and multifaceted heritage. Over Night at Hotel.

Explore Old Delhi this morning beginning with a drive pass the Red Fort, seat of the Mughal Empire. Construction of the massive fort started in 1638 and was completed in 1648 by Shah Jahan. See Jama Masjid, which means Friday mosque. It was built in 1656 and is the largest and the most splendid mosque in India. The mosque is made of glowing red sandstone inlaid with marble and white marble domes. After that visit Raj Ghat,a memorial to the great Mahatma Gandhi. This afternoon visit New Delhi designed in 1911 by the British, and one of the greenest Capitals in the world. Continue drive pass the government buildings and Rashtrapati Bhawan (Presidential Palace) along the broad and majestic Rajpath. See the impressive Qutab Minar, a 234 foot high red sandstone minaret. The buildings date from the onset of Muslim rule in India. Visit Humayun's tomb, built in the 16th century, a predecessor to the famous Taj Mahal. It is the first Mughal Garden Tomb and tomb of the second emperor of the Mughal dynasty.

After breakfast drive to Agra 220 km. The earliest reference to Agra is in the epic, the Mahabharat. Agra earned prominence as a capital city under the Mughals. It has many wonderful monuments and the Taj Mahal, the greatest of them all. The Taj Mahal, simply, is beauty not just in design and technique, but also in desire and intent. It was built as a monument to love, a manifestation of life's most powerful emotion. A delicately carved, white marble jewel, which seems to float on a sea of red limestone, the Taj Mahal is generally considered the finest example of Mughal architecture. Afternoon visit the Red Fort. This powerful fortress of red sandstone encompasses, within its 2.5 km long enclosure walls, the imperial city of the Mughal rulers. It comprises many Fairy tale palaces, such as the Jahangir Palace and the Khas Mahal, built by Shah Jahan; audience halls, such as the Diwan-i-Khas. Overnight at hotel.

After breakfast drive to Fatehpur Sikri, the once fabled Mogul capital that has taken on a sleeping beauty quality, lying quietly but wonderfully preserved. The Emperor Akbar built Fathepur Sikri during the second half of the 16th century; Fatehpur Sikri (the City of Victory) was the capital of the Mughal Empire for only some ten years. The complex of monuments and all in a uniform architectural style, includes one of the largest mosques in India, the Jama Masjid Proceed to Jaipur. The capital of Rajasthan is surrounded on all sides by rugged hills. The city was founded in 1727 by the astronomer king, Sawai Jai Singh II and built according to the Shilpa Shastra, the ancient Hindu treatise on architecture and sculpture. It is a walled city with seven rectangular blocks. The MaharajahÃŠÂ¹s palace stands in the center of the city amidst lovely gardens.

This morning's excursion takes you to Amber Fort. Riding on elegantly caparisoned elephants, approach the palace in the traditional way. Amber was once the ancient capital of Jaipur. The fort is a superb example of Rajput architecture, stunningly situated on a hillside and overlooking a lake which reflects its terraces and ramparts. Afternoon explore Jaipur visiting Jantar Mantar, an observatory equipped with instruments of astonishing size and precision, including a 90 foot high sun dial. See the Hawa Mahal or Palace of Winds, a major Rajput landmark built in 1799. This five story building in the old city is a pink sandstone masterpiece with semi octagonal and delicately honeycombed windows. The monument was originally conceived to enable ladies of the royal household to watch the city's everyday life and royal processions in absolute privacy. The City Palace is the royal residence of the erstwhile King of Jaipur. It houses a museum with a superb collection of Rajasthani costumes, armory of Mughal and Rajput weaponry, and swords of different shapes and sizes with ornamental handles - some of them inlaid with enamel, embellished with jewels and encased in magnificent scabbards. Overnight at hotel

After breakfast drive to Jodhpur. The 15th century city of Jodhpur, stands at the edge of Thar Desert and is the second largest city in Rajasthan after Jaipur. The city is totally dominated by a massive fort sprawled across 125 meter high hill known as Meherangarh Fort, founded by Rao Jodha in 15th century . Also Jodhpur is popularly known as the 'Blue City' because of the beautiful houses painted with indigo colour mostly belonging to the Brahmin caste. In afternoon visit the Meherangarh Fort and enjoy a magnificent view of this Blue city from the ramparts. Considered one of India's best forts, this invincible stronghold of the Marwars sits on a steep hill lording over a wonderful view of its surroundings. Intricate latticed windows, elaborately carved panels and elegantly curved porches speak of beauty and taste. Also visit Jaswant Thada - a white marble memorial built in memory of Maharaja Jaswant II in 1899. A story goes that Maharaja Jaswant succumbed to injuries in this place while fighting the Mughal king Jehangir. Overnight at hotel.

This morning you'll drive through valleys in the remote and peaceful Aravalli Range to RANAKPUR to visit one of the most important Jain temples in India. This marble complex is noted for the 29 halls supported by 1,444 pillars, each adorned with hundreds of carved figures, no two alike. We'll continue driving south, arriving Udaipur, described as the 'City of Sunrise'. Overnight at hotel.

Udaipur is also a centre of historic arts and crafts of Mewar, like the Mewar School of Miniature Painting. This is a place that will hold you in its thrall no matter whom you are or where you come from. During a guided tour you will visit the following: CITY PALACE: Built in 1725, one of the largest, most beautiful palaces in the state of Rajasthan, the grand City Palace is actually a conglomerate of eleven palaces overlooking the sprawling Lake Pichola. JAGDISH TEMPLE: It was built in 1651 by Maharaja Jagat Singh. This temple is dedicated to Lord Vishnu and is located in the centre of the old city. The temple has a black marble image of Lord Vishnu. Also enjoy a leisurely boat ride on LAKE PICHOLA (Subject to water level in the lake). With its main attractions being the two palaces on the islands in the lake, Jagniwas and Jagmandir Lake Pichola is about 4 km in length and 3 km wide. The city palace extends along the eastern shore of the lake. Return to your hotel for overnight stay.

Early morning after breakfast depart from hotel to Ahmedabad and visit Gandhi Ashram, Hutheesinh Jain temple, Sarkhej Roza, Adalaj stepwell and Aksardham at evening and return to Ahmedabad and night halt in Ahmedabad. (Depending on the time)

After breakfast visit Huthisinh temple, Kalupur staion and after lunch depart for Sasan Gir in Noon. Reach Sasan check in to resort and free time for bird wathcing in resort and after dinner night halt at Sasan Gir.

Early morning after breakfast depart for Jungle safari and after safari return to resort take lunch and depart for Somnath and visit Bhalka tirth, Triveni Ghat and Gita Mandir and back to Gir Resort dinner in resort and night halt in Gir.

After breakfast start depart for Junagadh, check in to resort and after freshen up and after lunch depart for local sightseeing (Ashoka Edticts, Junagadh Fort, Mahabbat Khan's Maqbara) and back to hotel. Dinner and Night stay at Junagadh.

Ealry moring after breakfast depart for Dwarka via Porbandar, on the way visit, Kirti Mandir (Mahatma Gandhi's birth place) and reach Dwarka Check in to hotel freshen up and after lunch in the evening and visit Dwarka Temple for evening Arati, Dinner and Night stay at Dwarka.

After Early lunch start for Ahmedabad on the way visit sightseeing in Rajkot, Visit Rashtriya shala and museum and reach to Ahmedabad by evening and Dinner and Night halt in Ahmedabad. After early breakfast transfer to Trivandrum airport to board flight for onward destinations.

After lunch transfer to airport/railway station for onward destinations. 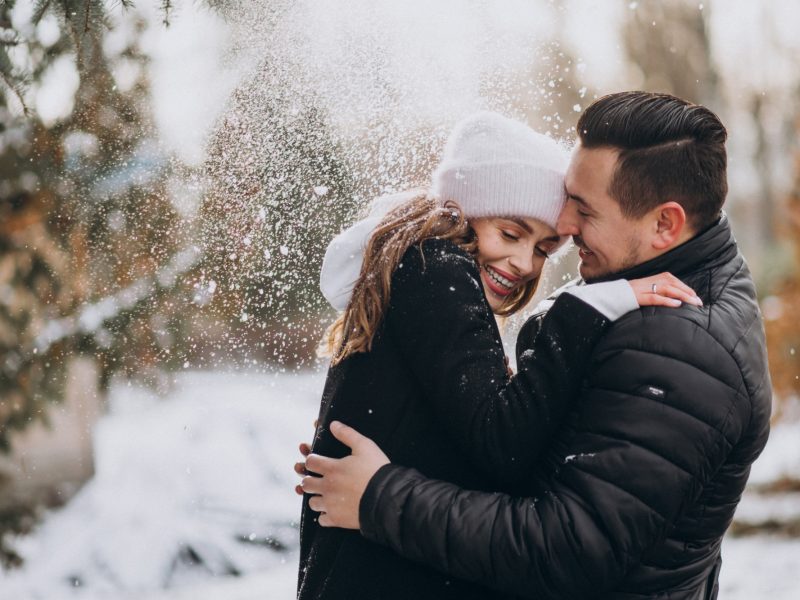 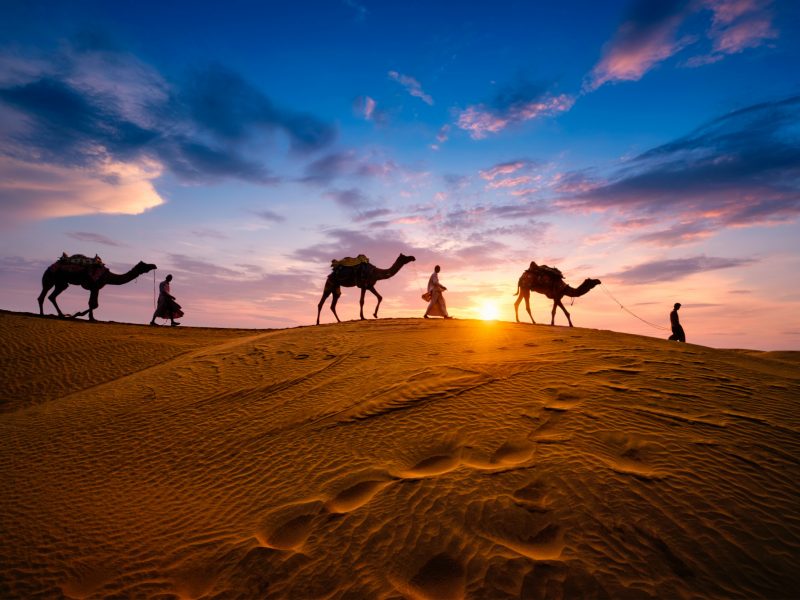 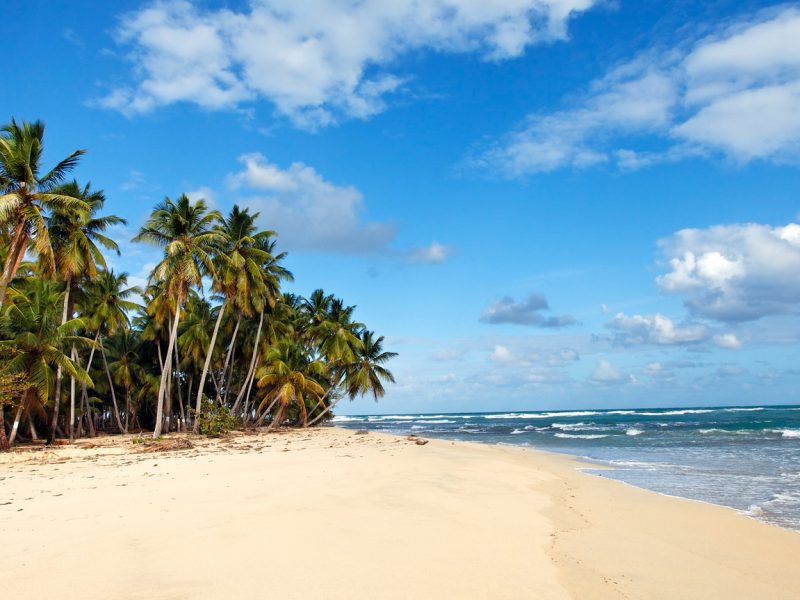 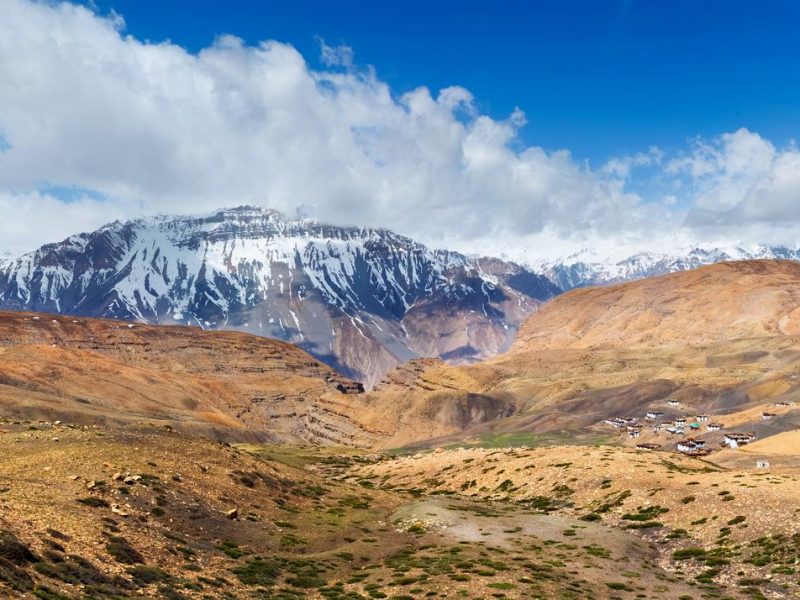